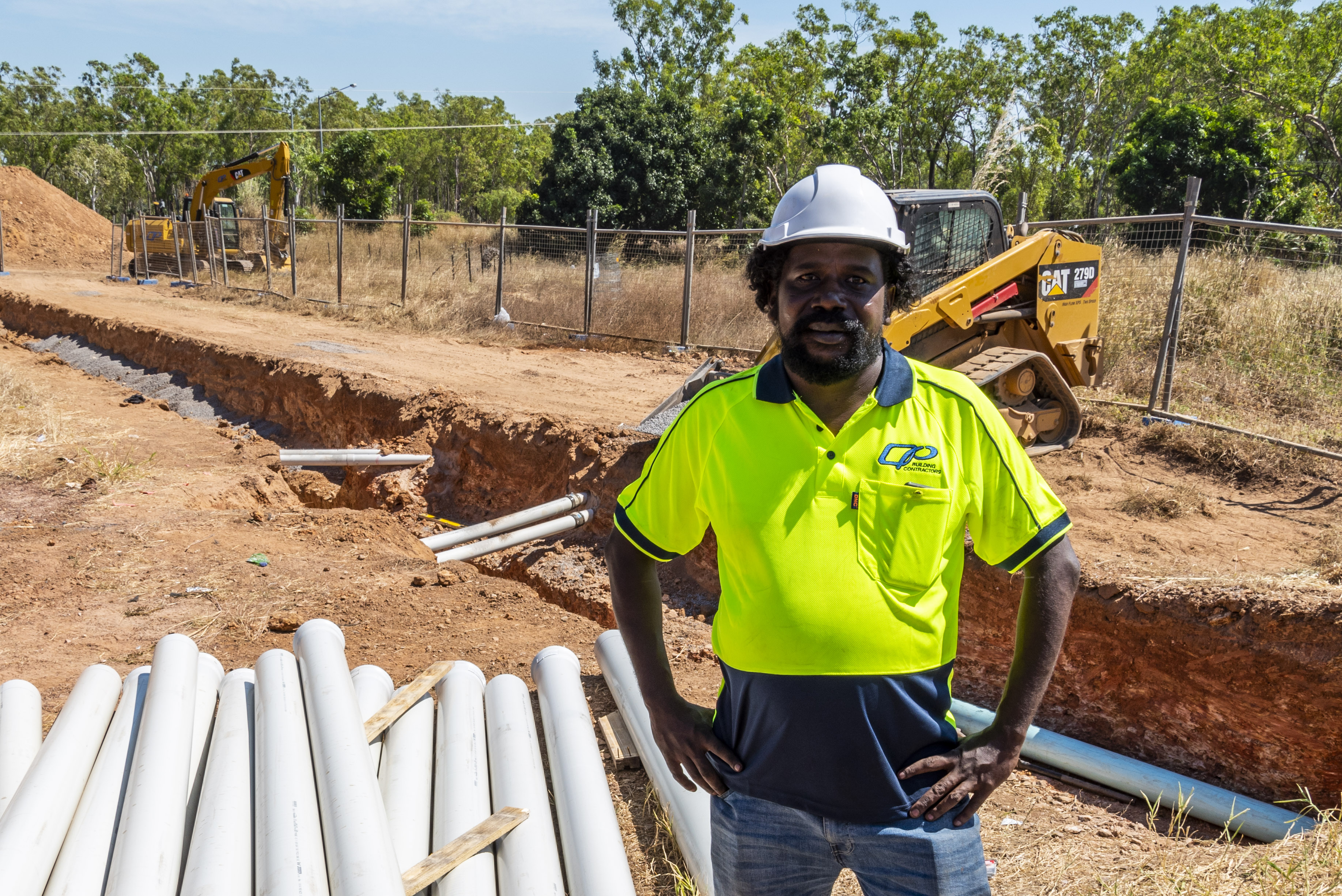 Gareth one of 10 local town camp residents who received employment on the project.

The Town Camps Housing and Infrastructure Program funded a unique project in the Palmerston Indigenous Village (PIV) town camp, located on the outskirts of Palmerston.

The ‘Living on the Edge’ Northern Territory Town Camps Review highlighted that the sewerage arrangements at PIV needed to be upgraded. The ageing septic tanks and pump station system regularly broke down and was increasingly costly to maintain.

The recommended upgrades involved creating a new connection to the existing power and water infrastructure, in the neighbouring suburb of Johnston, on the other side of the Stuart Highway.

The infrastructure works involved tunnelling under the Stuart Highway and were the most expensive completed by the program at a cost of $700 000.

The project commenced in June 2018 and was completed in November 2018, with all the houses in PIV connected to the new sewerage infrastructure resulting in cleaner and healthier living conditions for the community.