Our People are the Difference 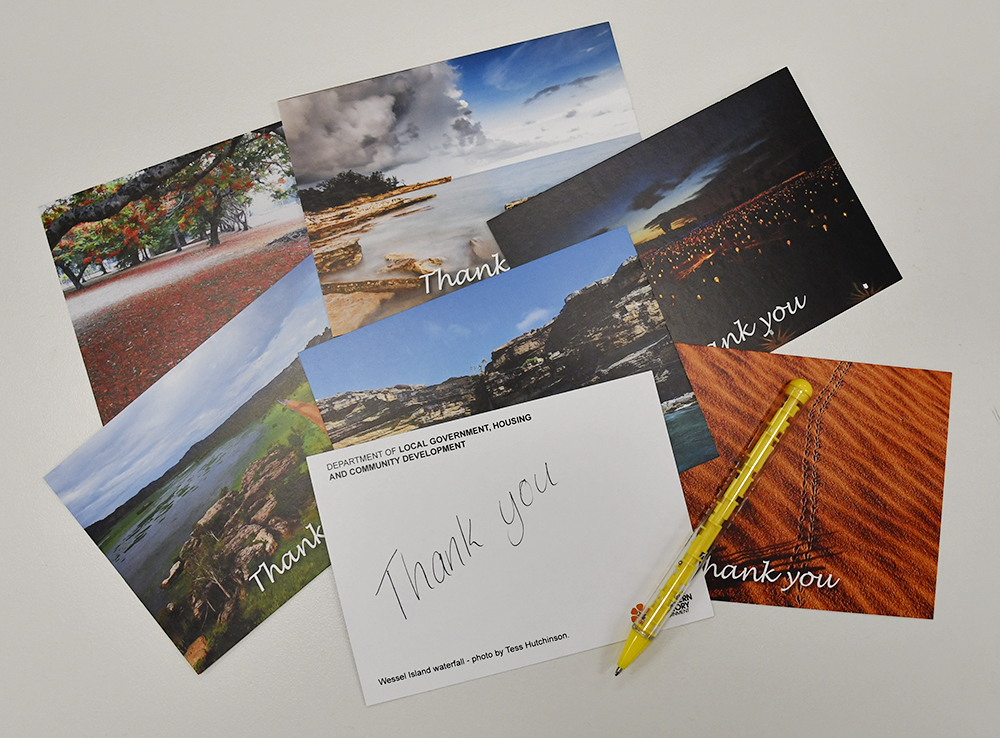 As an action from the 2018-19 Organisational Culture Plan the department launched a thank you postcard style initiative calling on staff to submit their own Northern Territory landscape images to be featured on the cards.

The cards are a Human Resources initiative allowing staff to show their written appreciation for effort or positive influence by colleagues for a job well done. The feeling of being valued and recognised can have a great impact on someone, making a small thank you go a long way.

The response by staff was overwhelming, 86 images were received with the final images selected by popular staff vote.

No results were found